Terry Ross and his wife Gaie have lived in Lyons, the suburb to the immediate south of Curtin, in the same house, since 1965. Throughout these years Terry and his family have maintained a strong connection with the Catholic parish in Curtin, and with the local Catholic school, Holy Trinity Primary School. Terry has been a parent and grandparent of children at the school. He was a very active member of the Parents and Friends Association over many years, including in a variety of fundraising roles. Following a long career in the Australian Bureau of Statistics and a few years of quiet retirement, Terry established another connection with the school. For the past 15 years Terry has been school janitor. Terry turns 80 next year.

Introduction; coming to Canberra in 1964 and settling in Lyons; an active member of the Holy Trinity Primary School Parents and Friends Association; memories of a catholic school in the 1960s and the Sisters of Mercy; obtaining supplies for a school when money was tight; school fund-raising activities; the decision to retire from ABS and the opportunity of working as janitor; responsibilities of a janitor and what Terry likes about the job; thoughts about the school, past and present; plans for the future. 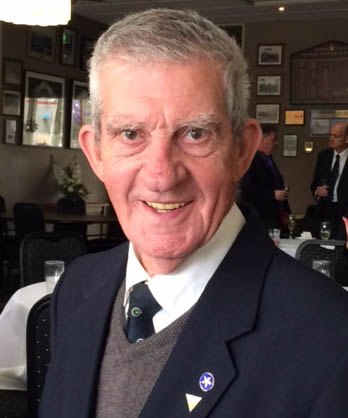