Like so many old photographs it poses a number of questions.

What was the Co-operative Store?

Opening in 1916 the co-operative store, opposite the railway station at Eastlake (now Kingston), was the only shop in the Federal Capital Territory. There were of course shops in Queanbeyan but they were not in easy walking distance.

However, despite having a near monopoly, the store amassed significant debts and closed in 1924. An article written by 'Old Timer' summarised the store's projectory as 'Begun with high hopes, privileged by favoured circumstances and conducted in a decade of prosperity, the Canberra co-operative store plunged to disaster.' (The Canberra Times, 26 July 1938).

1924 was the same year the first sale of commercial and residential leases in the FCT was held (12 December). The very first batch of commercial leases sold were for the Eastlake shops (now Kingston) and they were snapped up. It is possible that the store's demise provided some impetus for planning the shops at Eastlake as they were hastily located rather too close to the Manuka centre which had been planned for some time. 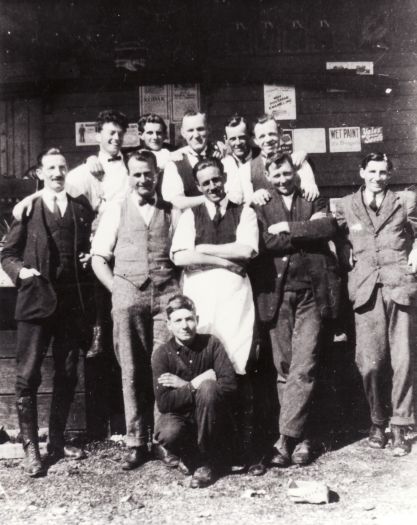 Far more successful were the co-op store's cricketers. The staff formed the core of the Eastlake cricket team which won the first FCT cricket competition in 1922. 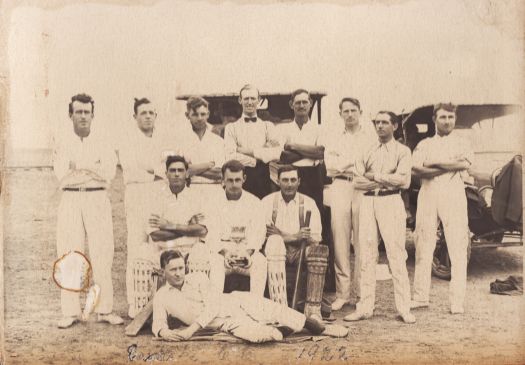 Why Bungendore and Gideligh Station?

The top photograph was taken outside Bungendore's Royal Hotel in January 1923. The extensive entourage appears to indicate a special day out was expected – which they got.

Gidleigh Station was a substantial holding owned by the Rutledge family, one of the oldest pastoral families in NSW. In 1923 Colonel Tom Rutledge was elected to the NSW Legislative Council. Many large properties mustered sporting teams and enjoyed visiting each other for social matches. Cricket was considered an acceptable sport to be watched by ladies and young children.

The Queanbeyan Age and Queanbeyan Observer of 23 January 1923 reported that 'The Gidleigh folk left nothing to chance regarding the catering and satisfying the wants of the inner man....Too much praise cannot be given to those ladies who provided the catering.' Somehow play resumed after a sumptuous lunch and of course afternoon tea was also provided. Despite the valiant attempts to weigh them down with excessive hospitality, the Co-operative Store team won.